The Politics of Swine Flu 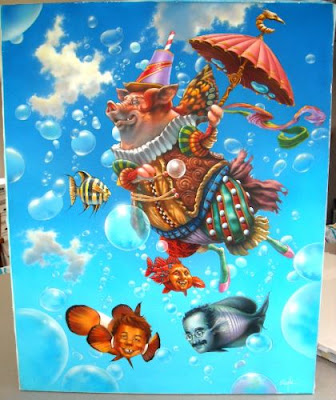 India has a population of approximately 1.3 billion people with the "killer virus" reportedly having claimed 51 lives so far. While each death is disturbing and tragic, a few fatalities, scattered across a country of 1.3bn people, do not amount to a pandemic.

Media has created a mass hysteria because of which the government is allocating precious resources to control the spread of a virus which, in 90% of cases, is cured without any medication at all. Schools, colleges, shopping malls and multiplexes across India's major cities have been shut down. Millions of Indians have marked India's 62nd Independence day by being at home. People have been walking with masks on the streets. Travelers coming from all over to India are being checked at airports for any flu like symptoms.

Malaria and tuberculosis in India kill thousands of people every year. AIDS is a bigger problem in India. But these diseases are more rampant in socially backward areas, a part of India which our media refuses to provide adequate coverage.

Not only India, but other emerging economies like Mexico have reacted similarly to the Swine Flu fears. In April Mexico shut down schools, museums, libraries and state-run theaters across its overcrowded capital Friday in hopes of containing a swine flu outbreak .

As countries around the media get more integrated due to globalization, this may be the norm and we are most likely going to see this kind of stance taken by countries just to prove to the others that they are taking appropriate steps to curb global diseases.I hope that the media also focuses on a country's internal health problems so that respective governments take steps to allocate similar resources.

For more details on Swine Flu in India further details can be obtained at http://www.swinefluindia.com/
Posted by Man from India at 2:08 PM