Why do we have an Indian Mujahideen? 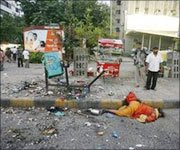 Terrorism is not new to India but having home grown terrorists has taken the country by surprise. India had got used to blaming a "foreign hand" for all terrorist attacks. Now India has to face up to a brood of homegrown Islamic terrorists feeding off popular and growing Muslim resentment toward the purported injustices and atrocities of the Hindu majority.

Its time for Introspection
All the parties across the political spectrum have contributed to the situation. Congress the biggest party that claims to be secular contributes to the insecurities of the minority Muslim community to maintain an electoral base; BJP (Bhartiya Janta Party) on the other hand fans anti-Muslim sentiment for similar reasons. At the receiving end of decades of such politicking and social bias, the Muslim community — which forms 13.4% of India's population — remains impoverished and is increasingly alienated.

A commission instituted by the ruling Congress Party–led government found Muslims underrepresented in government jobs and faring badly in social indicators like household income and literacy.

Every time you have a community that has been brutalized, it is inevitable that there will be a pool of ready recruits. It is a very serious situation, which has arisen because our government has failed to accept the ground reality.A growing percentage of India's Muslim population is getting alienated.

The Indian political parties must focus on issues facing the country and India has so many of them. However seldom do we see Indian politicians give speeches on Climate Change, Homosexuality, economy, jobs or poverty. For India to be truly secular, it is very important that all the political parties stop dividing people on a communal basis or on a caste basis. I am of the opinion that India should enforce a law that any politician that attempts to divide people must be immediately arrested and must not be allowed bail. Alas in a democracy like India, I wonder even if that is ever possible!
Posted by Man from India at 7:28 PM

Can India be energy independent? 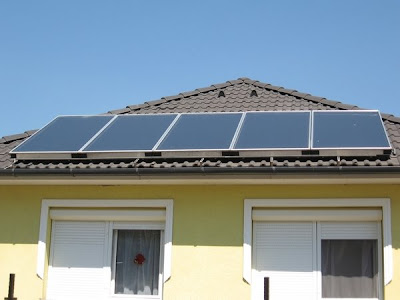 The Indian Scenario
India is a country occupying 2% of the world's land mass and currently generating about 2% of the global electricity, mostly using low grade coal of which it has about 5% of the world reserves.

India has, however a share of 16% in the world's population. To achieve a modestly high level of economic growth, the domestic generation capacity needs to be increased at least tenfold. Even with full utilization of all existing commercially exploitable domestic hydrocarbon, hydroelectric and non-conventional resources, this level of increased generation capacity cannot be sustained for more than a few decades. For a large country like India, bulk imports of fuel or energy are neither affordable nor strategically prudent.

So what options is the Indian government looking at?

Thorium
The Indian Uranium reserves, about 0.8% of the world - cannot contribute to any significant improvement in the situation if this Uranium is used on once-through basis and then disposed off as waste. However, with a carefully planned program, the available Uranium can be used to harness the energy contained in non-fissile thorium, of which India possesses about 32% of the world's reserves.
The Indian concerns and priorities are thus quite unique. For its long term energy security India has no option but to deploy nuclear power according to a strategy precisely tuned to its needs and resources.

Solar Energy
For power hungry India, solar energy is a source that has not been adequately tapped. Rapid advances have been made and advanced solar technologies can be leveraged to power at least the remote and inaccessible parts of the country.
Bio Fuels
The Prime Minister’s Council on Climate Change has prepared a strategy for sustainable development known as the National Action Plan on Climate Change. Like the Philippines’ bio-fuels program, which promotes plants such as jatropha, which is not a food crop and does not substitute agricultural land.
For further details on India's renewable energy initiatives you can check out http://www.newenergyindia.org

Although a number of energy initiatives are going on in India, I wonder if they will produce enough energy to make India energy independent. Given the bureaucracy in the Indian government it is highly unlikely that the Indian government's measures will alone make India energy independent. Hopefully in the next few years we will see more participation by the private sector which has the potential to revolutionize the energy production industry
Posted by Man from India at 6:18 PM

In the USA in 1998, many people decided that real estate was very cheap. At the same time, Wall Street was making it easier for buyers to get loans.

Since most of these loans go to people wanting to buy a house, they come with higher interest rates — even if they’re disguised by low initial rates — and thus higher returns. These mortgages packaged together and bundled into investments, often known as collateralized debt obligations(CDO).
Investors then boosted their returns through leverage. For example they made a $100 million bet with only $1 million of their own money and $99 million in debt(backed by a CDO). If the value of the investment rose to just $101 million, the investors would double their money.

Similarly the American home buyer did the same thing, by putting little money down on new houses. The Fed helped make it all possible, sharply reducing interest rates, to prevent a double-dip recession after the technology bust of 2000, and then keeping them low for several years
All these investments, of course, were highly risky. Higher returns always come with greater risk. People assumed that that the usual rules didn’t apply because home prices nationwide had never fallen before. Based on that idea, prices rose ever higher — so high, that they appeared riduclous when compared with real wages.
Then what happened....
The American home seemed so lucrative and easy money that all the banks in the global financial system ended up owning a piece of it. In a strategy to distribute risk many banks sold complex insurance policies on the mortgage debt. That meant that they would now have to pay up in case the mortgage owner defaults
If that $100 million investment I described above were to lose just $1 million of its value, the investor who put up only $1 million would lose everything.
This is the fear that is crippling the financial market these days. Banks dont seem to think they can lend to each other because no one knows how much a bank is leveraged. Uncertainity is the worst thing for markets so investors are losing confidence. This is bringing down the market.
With so many small investors invested in the market through retirement funds, brokerage accounts this is bound to effect the common man on the street. With a declining net worth and lack of credit it is difficult for the American consumer to purchase products leading to low earnings for non-financial companies.
American markets are caught in this vicious circle and rather than only blaming folks on wall street people must also realize that spending beyond your means always leads to financial trouble. 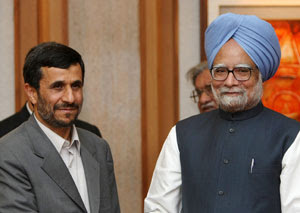 The government of President Hamid Karzai is currently focused on securing continued assistance for rebuilding the economy, infrastructure, and military of the country. It has continued to maintain close ties with the United States, India, Iran,the European Union, and the Islamic world.

During the U.S.-led invasion of Afghanistan in 2001, India offered intelligence and other forms of support for the Coalition forces. After the overthrow of the Taliban, India established diplomatic relations with the newly-established democratic government, provided aid and participated in the reconstruction efforts.India has provided USD 650-750 million in humanitarian and economic aid, making it the largest regional provider of aid for Afghanistan. India's support and collaboration extends to rebuilding of air links, power plants and investing in health and education sectors as well as helping to train Afghan civil servants, diplomats and police. India also seeks the development of supply lines of electricity, oil and natural gas

India Iraq Relations
The bilateral relations between the Republic of Iraq and the Republic of India have been traditionally friendly and collaborative. They advanced considerably during the rule of Saddam Hussein in Iraq in the 1990s over strategic issues, oil and commerce. Although initially disrupted during the 2003 invasion of Iraq, diplomatic and commercial ties between India and the new democratic government of Iraq have since been normalized.

India had preserved its neutrality over the U.S.-led invasion of Iraq, criticizing the lack of U.N. approval, but also hinted that it would consider sending troops to post-war Iraq to help maintain security and peace after a unanimous vote in the U.N. Security Council over the Coalition's presence and mission in Iraq.However this was ruled out after protests from public and political parties which have been opposing USA. It normalized its ties with the new democratically-elected government of Iraq in 2005, seeking to restart trade and co-operation. Indian businesses applied for contracts for reconstruction projects to the Coalition Provisional Authority, and more recently the activities of Iraqi businesses in India have been growing rapidly.

India Iran Relations
Currently, the two countries have friendly relations in many areas. There are significant trade ties, particularly in crude oil imports into India and diesel exports to Iran. Iran frequently objected to Pakistan's attempts to draft anti-India resolutions at international organizations such as the OIC. India welcomed Iran's inclusion as an observer state in the SAARC regional organization.Lucknow a city in India continues to be a major centre of Shiite culture and Persian study in the subcontinent. There are also small communities in India who trace their ancestry to Iran.