Is India Causing a Food Crisis? Or... 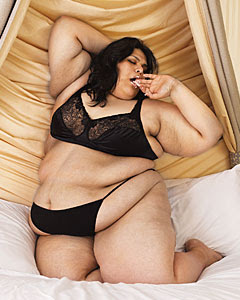 Recently Mr George Bush, the president of the United States stated that the rising food prices in the USA were a result of the food consumption by the gowing middle class in India. Having been in the USA for sometime and having been a frequent restaurant eater I am suprised by his remarks and decided to write about it.

The portions served in some American restaurants is almost for two people. This is their default servings and no healthy person can eat all that is ordered in a single meal.

Grocery chains like Costco and Sams Club sell super size packages of food of which a lot is wasted . All deals in stores focus on buying more inorder to take advantage of discounts as a result the American consumer believes in buying more than they can actually consume and a large portion of it goes waste.
A more recent study by the Environmental Protection Agency estimated that Americans generate roughly 30 million tons of food waste each year, which is about 12 percent of the total waste stream. Americans waste a huge amount of food — an estimated 27 percent of the food available for consumption, according to a government study.
To save America from higher food prices and obesity , the American government should take steps to educate consumers to save and preserve food just like they have educated consumers the value of gas. Just as gas, food too is going to be a rare commodity if not preserved. Just a reminder to the American consumer - There are more than a billion people who live in developing countries who earn a dollar a day or less and dont get any food to eat for days. So Americans ,save food and and avoid being Obese !
Posted by Man from India at 5:41 PM