The debate over organized retail in India 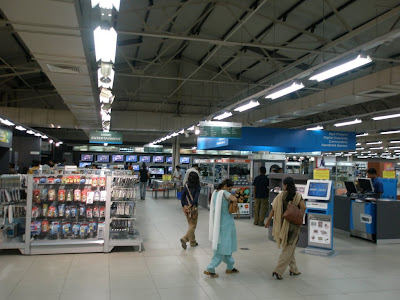 With the big names of foreign retail knocking on India's doors, it is no surprise that there is a raging debate on whether foreign investment should be allowed. The Left backed UPA government is under increased pressure to not opening up retail sector to foreign investors. However the government has provided a "back door" entry to foreign retailers allowing them access to the Indian market by way of "franchises"

The Proponents of Organized Retail argue that

The Opponents of Organized Retail argue that

I believe preventing foreign investors from entering the Indian retail space only delays the inevitable. Just like any other developed country, the "mom & pop" shops will need to go but most of the unemployed will probably find jobs with the Large retail chains-foriegn or Indian. Big retail chains will fancy the work experience of folks running the "mom & pop" shops and will probably hire them. Historically, such changes have always resulted in the betterment of the consumer and the worker. Furthermore ,Increased competetion is likely to benefit the consumer, the farmer and the worker.

Hopefully the next government elected will not be a coalition government and will be able to take bold decisions to end this debate and take steps to reform the retail sector in India.