India - A country of sharp contrasts 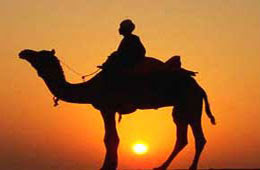 We have all read or heard about the many different people, cultures languages and religions in India and how people live in harmony inspite of these differences. But on my recent trip to India I observed another difference and I am not sure whether Indians will be able to live in harmony with this difference. I am referring to the sharp disparities in economic income and lifestyle that can be observed in the streets of all cities in India these days.

The rich stay in well constructed buildings that are priced at Manhattan rates and have servants and car drivers working for them who don't even make a $100 a month!
Bribes are still rampant and the rates charged by government employees depend upon the car the customer drives. Government offices are plagued with bribery and corruption.

The conversations of the rich revolve around the trips to the US and Europe while the poor discuss inflation and the rising cost of living.

Though these disparities always existed but the magnitude of the divide has increased.
So why does this pose a threat to India's stability?

If you live in India you must have noticed the growing unhappiness portrayed in the form of rising pick pocketers, robberies,etc. You hear endless stories of security guards robbing the same apartment dwellers they are supposed to protect. Most of these cases go unreported as people believe it is a hassle to deal with police stations as the police does not have enough resources to focus on small crimes.

But India lives on and I wonder whether there will ever be a tipping point that may lead to total kaos?
Posted by Man from India at 1:16 PM