Why do Indians Love Gold? 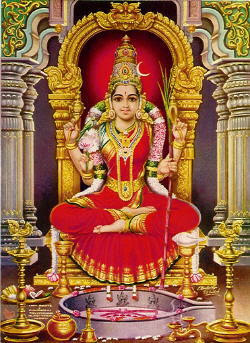 A number of experts have suggested that one of the big factors that is driving up Gold prices is the consumption in India and China for gold assets.Gold is just a metal but for most Indians, it is a symbol of purity and wealth and hence they continue to buy gold

Why do Indians love gold? What cultural influences lead to this love for Gold?

In the hindu mythological stories, some goddesses are described golden-hued ; a term used to desctibe "ultimately beautiful".Gold is referred to as the seed of Agni, the God of Fire. A story in the Hindu Mythology states that during the creation of the Universe, the Creator deposited a seed in the waters made from his body which became a golden egg , bright like the sun.Manu the ancient law-giver stated that golden ornaments should be worn for specific ceremonies and occasions.Tales from the Ramayana and Mahabharata depicts Gods and Godesses on gold chariots.

Gold is considered sacred in every hindu religious festival because of the belief that gold becomes pure during its evolution process as it passes through fire .In fact, Indians sell gold only as a last resort ,before most assets are liquidated

India has seen thousands of wars and many kings and dynasties have ruled the Indian subcontinet. Different kingdoms had different monetary systems but Gold acted as a common medium of exchange across the various monetary systems.

4)Customs
India is a vast country with many cultures, subcultures, customs, foods and dresses but gold is sought across the entire spectrum of Indian cultures. The rich and the poor both equally desire gold. Gold is used in special occasions like weddings, births, birthdays, and various festivals. Gold is bought all over India for the Diwali (around October-November) festival. People also buy gold during regional festivals like Onam,Pongal and Durga Puja in the East.Accoording to the Hindu calendar Dhanteras and Dassera are auspicious days to buy gold In rural India, harvest festivals are occasions to buy gold.

Gold is exchanged during Indian weddings.Average Families start saving soon after their children are born - for "stridhan" and dowry, in case a daughter is born. Gold is a status symbol in the Indian culture and people take pride in displaying gold during occassions.

The 5 points above explain why Indians love gold and as the economic boom puts more money into the pockets of the Indians, Indians will buy more and more gold! Infact the large Indian dispora in Dubai, US and UK continue to put a large chunk of their savings in Gold. Ofcourse this is not the only factor that has driven up the price of gold, the continued dollar weakness and oil prices have all contributed to the astronomical prices of gold today!