The Risks to the Indian economy in 2008 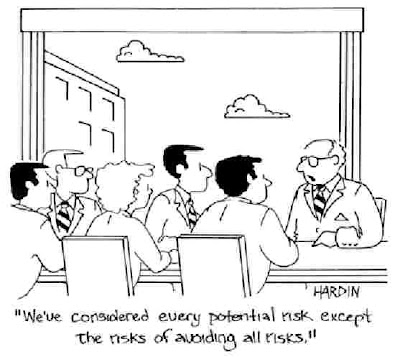 Although 2007 has been a great year for the Indian economy, it faces increasing risk from higher inflation, oil prices and a strengthening rupee as we move into 2008.

Higher Oil Prices: Oil prices are hovering at $88 dollars a barrel. To feed its growing economy India needs to import large amounts of oil from the Middle East and other oil producing nations.Oil is subsidized in India to accommodate small businesses like transportation companies and is also used as a tool to control inflation. If the prices go higher, the government may be forced to pass on some of these costs to the consumers resulting in a price increases across all the board.

Strong Rupee : The rupee has been steadily strengthening against the dollar. This trend has made Indian exports expensive in foreign markets vis a China whose currency is artificially pegged to the dollar. This trend is adversely affecting businesses in export. The Indian IT industry which has been the big drivers of job creation and contributor to the growing middle class is facing increasing pricing pressures which could translate to considerable layoffs.

Real estate valuations: The real estate valuations in India are at an all time high. The RBI is also concerned about a credit boom. Bank lending to firms and households has expanded by 30% over the past year. Lending on commercial property is up by 84% and home mortgages by 32%.A slowing world economy would potentially reduce foreign investment in the Indian real estate sector. A price correction here will lead to slower spending of consumers. Job losses in other sectors could potentially cause a credit crunch similar to the US credit markets.

Stock Market correction: The stock market in India has enjoyed a bull run over the last five years. A correction here will slow consumer spending and will impact the overall consumption economy. This would also reduce FDI inflows into the stock market further driving down stock prices.

Political Risk: Considerable differences have arisen between different parties of the ruling coalition government. A scenario in which one of the political parties withdraws support for the Congress could trigger a stock market correction.

US economy Impact : The US is facing the risk of a recession in the year 2008 because of the sub prime credit mess.This impacts spending of the large multinationals which will limit FDI inflows into India during this period of time.

Terrorism : Unrest in neighboring Pakistan and terrorism will continue to be a threat for the Indian economy in 2008

An alternative to slowing demand is to boost supply by speeding up reforms and attacking the many bottlenecks caused by inadequate infrastructure, dreadful public services, skill shortages and rigid labor laws. But improving infrastructure and education not only takes time, it also requires money, and India's fiscal finances are far from healthy. Only time will tell how the Indian economy , stock market and real estate behave in 2008

I think you have a more realistic approach about the future of the Indian economy when compared to the views expressed in most blogs. Other blogs seem to be riding the Indian boom and some even claim that real estate in India will continue to boom and will not see a slow down for the next 5 years!!! I have my folks back in India (Mumbai to be precise) and I am shocked at the real estate prices they communicate to me. How can people afford them?