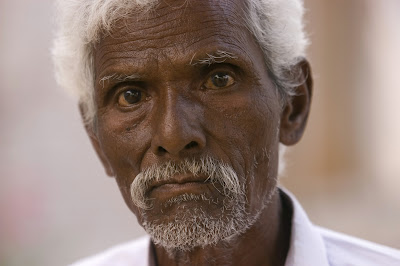 India has a population of 1.05 billion and is increasing faster then any country in the world. Almost two thirds of the population is poor and needs to be moved into the middle class. A large number of educated Indians from the remaining one third of the population leave India year after year looking for greener pastures. The Indian government does not force these people to leave the country and work in other countries. People choose to do so at their own will. It should be understood by all those who have migrated or wish to migrate that they will always be minorities in their new home countries. Whenever there is a crisis with an Indian community in some other part of the world, some elements in the soceity attempt to drag the Indian government into the issue. India is a big country and has its own issues to deal with and should focus on the Indians who live in India rather than Indians who live abroad.

In my opinion, a person of India who gives up his citizenship to become a citizen of another country must learn to live and abide by the rules of his new home country. Some people in India love to blame the government about infrastructure, corruption, poverty etc and are always ready to leave their country when an opportunity arises. These are the same people who throw rubbish on streets when they are in India and talk about cleanliness when visiting abroad. However, when they are abroad and things dont work out quite the way they expect , they call on the Indian government for help!

The Indian media is full of praises over NRI's who have done well outside their country like Bobby Jindal, Kalpana Chawla and Laxmi Mittal.These individuals had left India a long time ago and have become citizens of other countries. Why does the Indian media love to hail such individuals as if they have done India a favor with their achievements? Its one thing to write about their achievements and another to exaggerate it based on their origin.

The "Real Indian " is the Indian who lives in India , works in India and in his own small way contributes to the growth of India. He is the responsibility of the government and it is this person the government of India should be looking out for!

Production of Space.
Most of the communities in India (such as Bengali), are succumbed in 'Culture of Poverty'(a theory introduced by an American anthropologist Oscar Lewis), irrespective of class or economic strata, lives in pavement or apartment. Nobody is at all ashamed of the deep-rooted corruption, decaying general quality of life, worst Politico-administrative system, weak mother language, continuous absorption of common space (mental as well as physical, both). We are becoming fathers & mothers only by self-procreation, mindlessly & blindfold. Simply depriving their(the children) fundamental rights of a decent, caring society, fearless & dignified living. Do not ever look for any other positive alternative behaviour (values) to perform human way of parenthood, i.e. deliberately co-parenting of those children those are born out of ignorance, real poverty. All of us are being driven only by the very animal instinct. If the Bengali people ever be able to bring that genuine freedom (from vicious cycle of 'poverty') in their own life/attitude, involve themselves in 'Production of Space'(Henri Lefebvre), at least initiate a movement by heart, decent & dedicated Politics will definitely come up. - Siddhartha Bandyopadhyay, 16/4, Girish Banerjee Lane, Howrah-711101.