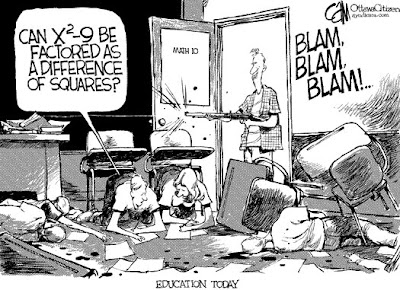 We have been hearing of the school shootings in developed countries in the last few years, but now it has happened in India in a premier private school "The Euro International School" in Gurgaon a well developed town on the outskirts of Delhi .

Below is an analysis of the reasons why this happened and the potential for similar incidents in the future.

1)The US has always had a history of licensed gun use. A fare share of the population owns guns in the United States and has been owning them for decades. But in India this culture is new. Not many people own guns in India partly because of the difficult gun license process and partly because of lack of disposal income. Now with the nouveau rich generation ,owning a gun has emerged as a status symbol in India.In 2002 the average in Delhi was two to five licenses per month; today, it has increased to 15 to 20 licenses a month.

2)In this incident both the boys involved in the shooting come from upper middle class families whose fathers were real estate managers.Given the crazy rat race in India right now,it can safely be said that parents do not have enough time to spend with kids and counsel them as they grow up. Parents rely heavily on teachers to counsel their children,but with the vast number of students in a class, it is almost an impossible task for them. As peoples expenses have increased,it is common to see both parents working to make a living. However, this was not a case in India even as early as 15 years ago. Generally mothers spent all their time with their children. I am not an advocate of women not working but it must be put into perspective when analyzing such incidents. Every action has an equal and opposite reaction! India is just beginning to see the byproducts of a capitalistic society.

3)In the US , people live individualistic lives and delve lesser into materialistic comparisions as compared to people in India. In the Indian middle class society having a bigger car is a sense of pride even if there are no roads and parking places available to such vehicles. This sense of false pride rubs onto growing children which reduces their tolerance capacity and become part of the rat race at an early age sooner than they can handle it.

4)The Police and the law in the Indian media and Bollywood movies has always been projected as being corrupt,dishonest and mild. Kids from the higher middle class communities seldom have respect for the law and are used to bribing officials and getting their work done. I personally have been a part of this society when I was growing up where kids are encouraged to give bribes to cops when you break a traffic light or are caught speeding.

Parents raising kids in this materialistic environment must find the time for their growing kids and not devote their entire time to their careers. Parents must make an effort to understand the events that shape and influence their child. Kids should learn to respect the law and respect the people who make an attempt to enforce the law. However, people in India are at an all time high enjoying their graduation into a rich middle class society and I doubt whether this is the last such incident we will read in the media.