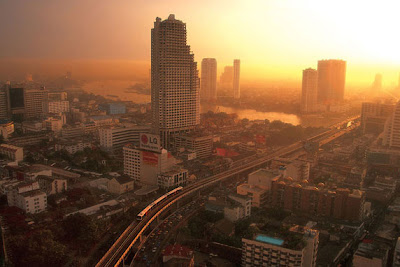 Mumbai , India's commercial capital is city of dreams for Indians. Many people arrive here daily and get lost in the hustle and bustle of the city. Although people are richer now than a decade earlier ,the environment in Mumbai, the traffic congestion and its cleanliness are at an all time low. With a vast population and limited resources, the local government is powerless to bring about a change unless they receive cooperation from the local residents.

I am occasionally told by my friends back in Mumbai about voluntary efforts of citizens to do what the government is unable to do.Here are some interesting initiatives that are happening in the city right now -

Car Free Bandra
Bandra is said to be the queen of the suburbs in Mumbai. Its a lively upper middle class neighborhood,home to many bollywood stars and business tycoons. But today Bandra is plagued with traffic congestion and utter chaos on its roads. Although public transportation is available many people still choose to drive their cars. Anusha Yadav a Bandra resident is atttempting to change that .

She says - “It all started one lazy afternoon on October 23 when I put up the concept of a ‘Car Free Bandra’ on my Facebook account. To my surprise the number of people supporting the concept increased with each passing day.” "The public transport in the city is not that bad. The idea is to get people to use it to travel within Bandra instead of in their private vehicles. Many households in Bandra own more than one car, adding to the congestion”

Anusha was successful in executing this and received support from about 350 residents in Bandra.She now plans to take the ‘Car Free Bandra’ campaign even further by proposing the last Sunday of every other month for it. Good Job Anusha!

The idea is to turn off lights for one hour in the city to save power and pitch in for climate change On December 15 2007,the city decided to switch off power for an hour to what is being called pro-active stand against global warming, initiated by a group of youngsters.

'The time has come when every one voluntary comes and switches power. When you impose anything on anybody it doesn't work. I believe this is the beginning of a voluntary movement where we tell people that you yourself can do it' says one of the youngsters.

A campaign like this increases awareness of an issue that is more global than local but to address the issue the change needs to be made at the local level. Global warming is one such issue where we all need to change to make a difference !

I will be looking out and writing about such bottom up approaches in India that are helping to create awareness and bring about a change. If you are working or know about any such initiative please email me at administrator@manfromindia.com