The Left on the Indo US Nuclear Deal 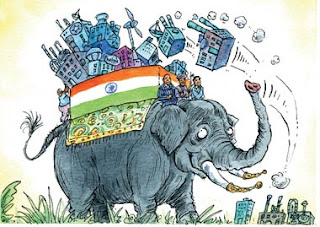 We are all aware of the stance of Manmohan Singh on the issue of US Nuclear Deal. After tough negotiations in drafting the bilateral agreement the UPA government minus the Left believes that the deal was in the best interest of the Indian people. By opening up some of its reactors it would still be able to have a few reactors with sovereign control. So why is the Left opposing it?

1) The first issue that came up was when the UPA government tool the stance of voting against Iran for its nuclear program. The government was not prepared to adopt the position of the Non Aligned Movement countries. Why should India make a enemy in Iran?

2) To comply with the agreement the Indian armed forces is having joint military exercises with the US . In the past few years there have been quite a few of such exercises. Is India moving away from the non - alignment stance?

4) Nuclear power only contributes about 3% of our energy needs. Even if all the plans are put in forth , after 25 years it will only contribute 7% of our needs. Is it worth it ?

5)The agreement on the American side is governed by the Hyde Act. Even if the law is amended to include India as an exception, the law would expect India to have aligned strategies to that of the US. Does India need the US to dictate India's foreign policy?

6) Although some argue that the Hyde act is not binding on India, it is indeed binding on the future presidents of America and can suspend the agreement at any time. Again, is it worth it ?

5) There is increased pressure on India to not go ahead with the Indo Pak Iran gas pipeline. Why should India succumb to this pressure?

6) Some Indian companies have been warned on not to export to Iran.Why should India succumb to this pressure?

All in all its a healthy debate and we should give democracy a chance to decide the next steps in the Indo US nuclear deal.
Posted by Man from India at 11:21 AM