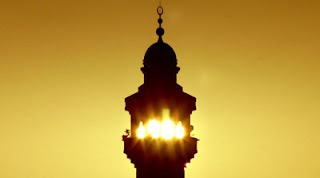 Islamic banking refers to a system of banking or banking activity that is consistent with Islamic law (Sharia) principles and guided by Islamic economics. In particular, Islamic law prohibits usury, the collection and payment of interest, also commonly called riba in Islamic discourse.

The Difference with Traditional Finance

That's a good research done!! but who is the man here not clear...why behind veils... anybody knows you... i'm from S.India...we have new Islamic Banking planned 2010 @ Kerala