India is ranked 57 in 2007 corruption rankings for 179 countries along with China ,Peru, Mexico and Brazil with Finland, Denmark and New Zealand ranked at No 1(least corrupt) and Mynmar at 149(most corrupt).


Have you ever wondered what is the root cause of corruption? Why are some countries more corrupt than others? How does economic status of countries influence their corruption rankings?

In India, we face corruption at almost all governmental offices, quasi governmental agencies and sometimes even public sector companies. We are asked to pay bribes to get simple tasks done like making a drivers license, renewing a passport etc. It is extremely frustrating for a person, who is not used to surviving in an environment, where you need to bribe for everything.

Low Level Corruption is corruption in the most basic form wherein the task of getting work done involves bribes. This is mostly seen in clerical governmental jobs, police officers, license agents etc. In my opinion, this form of corruption is a result of a society where there is a big gap between the rich and the poor. In India, some can afford private schools, luxury cars, leisure and travel while some cannot even afford the basic necessities of shelter, food and clothing.

Lets take a look at some police constable salaries in the states of Himachal Pradesh and Maharashtra to get a perspective: 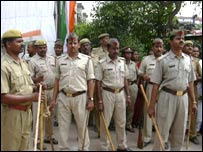 Yes , India is growing economically , but can the enforcer of law and order (the constable) provide his family with their basic needs in this salary? This constable is left with no choice but to accept bribe from his fellow country men who take advantage of his vulnerability. This is the plight of many of the governmental officers and clerks whom we interact with on a daily basis.

I have observed and known a number of business men in India who do everything possible to avoid taxation, but are the first to criticize the government for corruption. Everyone whose income is above the taxable income must pay their dues to help diminish corruption.As this trend increases , the government will be able to expend resources to implement existing laws against corruption. Laws are of no use if they cannot be implemented. But implementation requires resources like man power, money etc which can only be increased by additional tax revenue.

However ,High Level Corruption is an outcome of greed and the only way that can be prevented is to have stringent laws that require jail term and no bail. Even then, this kind of corruption can only be reduced and never be totally prevented. Even in developed countries like the USA, you will find corruption in the government and large companies in various forms.

Countries that are rated highly by the corruption index like New Zealand, 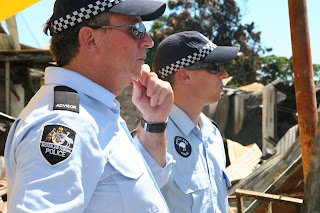 Denmark etc are fortunately positioned to pay decent wages to their governmental employees. These employees enjoy comparable lifestyles to others in the population. However China ,Peru, Mexico and Brazil have similar income gaps between the rich and poor and hence their ratings are similar to the Indian ratings.

So lets do our bit ! Pay our taxes with an aim to better our quality of lives by minimizing corruption!
Posted by Man from India at 12:05 PM

I agree with you however there is other aspect to this which I think is the biggest argument when it comes to avoiding taxation - Is the tax payer’s money actually put to use that it is intended for or does it fall into corrupt hands? I believe corruption is the biggest problem that India faces to date.

Excellent way of analyzing the Corruption statistics and root cause.
However the question posted by the other person still remains unanswered. Is the money which the Tax payers who pay to the government actually been used to avoid corruption. One suggestion to avoid increase the Tax revenue for the government is to give more Tax benefits for the salaried people and Industrialists to make sure that they pay the tax without fail and implementing very stringent way of punishing for people who avoid paying taxes and have black money.

Its really informative. i agree that income gaps lead to greater corruption. but there is more to that. a person who has been living on black money has less chances of switching to non corrupt ways when his income goes up. Old habits die hard.